a good piece of architecture is a spontaneous piece of work

This down to earth motto was once spoken by an equally to a down to earth designer; Gerrit Th. Rietveld (1888-1964) During the past two years the iconic factory Rietveld designed in the fifties for Weverij De Ploeg was fully renovated and brought back to life by Bruns exhibition developers and producers. Coinciding with the 100 years De Stijl celebration WOTH curated an exhibition linking the work and mentality of Gerrit Rietveld to later generations of designers who turned Dutch Design into the trade-mark it is today.

Weverij De Ploeg in Bergeijk is the only industrial complex that Gerrit Th. Rietveld ever designed. The factory building, constructed between 1956 and 1960, was conceived in combination with the surrounding park designed by Mien Ruys, Holland's first landscape architect. Gerrit Th. Rietveld (1888-1964) accomplished a great deal with simple means. Recessing the facade of the west wing of Weverij De Ploeg allowed extra light into the building. This gave the exterior an iconic look that to this day captures the imagination of first-time visitors and their cameras. 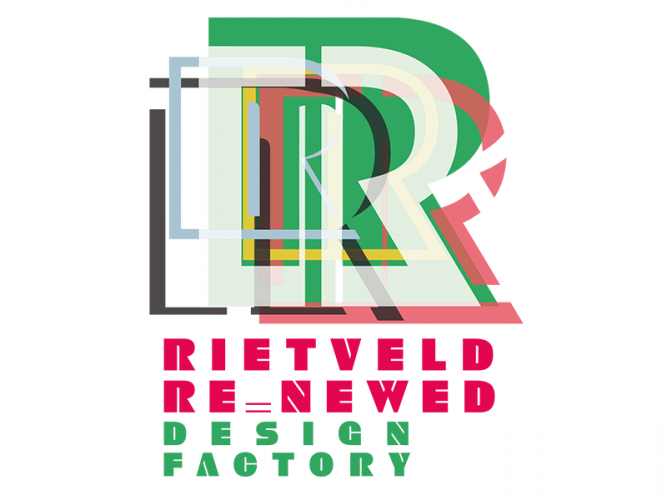 April 2017 the unique Modernistic ensemble reopened its doors under the auspices of BRUNS. The new owner safeguarded the splendid qualities of this magnificent national monument by recruiting diederendirrix architects, experts in the transformation of old industrial builings, to implement a painstaking restoration program. While at the same time looking into the future by commissioning young designer Aart van Asseldonk to fit in a large separating wall into Rietveld's open plan factory. Thanks to this meticulous two year long project the spirit of Rietveld is once again vibrant and relevant. RIETVELD RE–NEWED showcases a contemporary reformulation of Dutch Design in Rietveld's one and only factory. NEW energy, colors and optimism NOW flows through this listed monument of Modernism. RIETVELD RE_NEWED is an exhibition linking Gerrit Th. Rietveld, the master of Dutch Design to the most renowned designers of this day and age: Aart van Asseldonk, Studio Rens, Sigrid Calon, Bertjan Pot, Studio Job, Richard Hutten, Ruud Jan Kokke and Tejo Rémy. 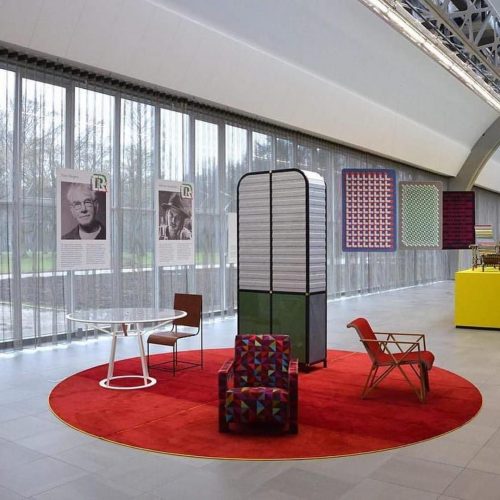