That’s if Niels Hoebers has anything to say about it. Hoebers produced the leader/title sequence for the new VPRO-series Eng (Spooky).

During the Dutch Design Week 2017 the NEW studio of Niels Hoebers will open it's doors for a big Improvisation Stop motion Animation show. He will team-up with all his visitors of the DDW and will create an on going animation during these days. As he animates non-stop, you will provide him with content, choosing objects and more from the studio archive.

'It makes me feel almost as peaceful as meditation’ 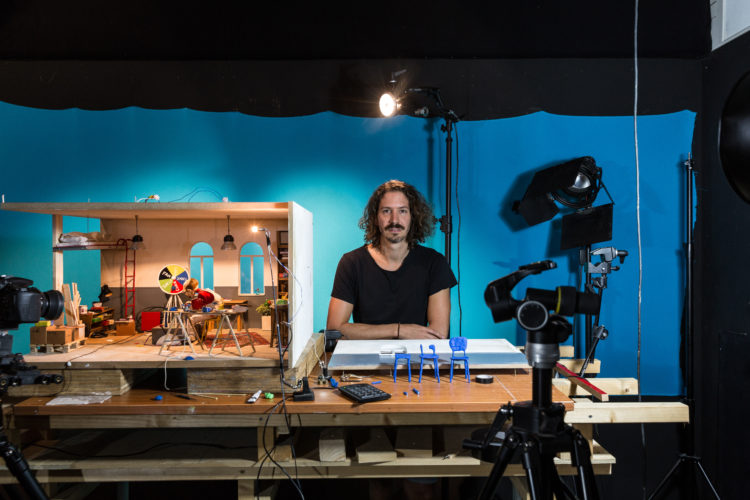 Niels in 2016 with models of the Clay Chair in different stages, next to Maarten Baas’s studio.

Before Hoebers decided to persist in his present profession, he studied at the Man & Identity department of the Design Academy Eindhoven. After some doubts about an internship with Baas, he decided – on the latter’s advice – to nevertheless go for an internship at a Polish animation studio. ‘Like the Czechs, they have a very interesting tradition in cartoons and animation.  Three months eventually became four-and-a-half. I graduated with Motion Cabinet, a mobile piece of furniture that combines a set, tripods and lighting. That way, I made sure my graduation was directly useful to my continued career in animation, since I’d definitively made my choice.’ Wearing stained overalls, his back bent, the designer shuffles through his workshop looking rather like Pinocchio’s father Gepetto, who created his own family. For Baas, that’d be the Clay Family. 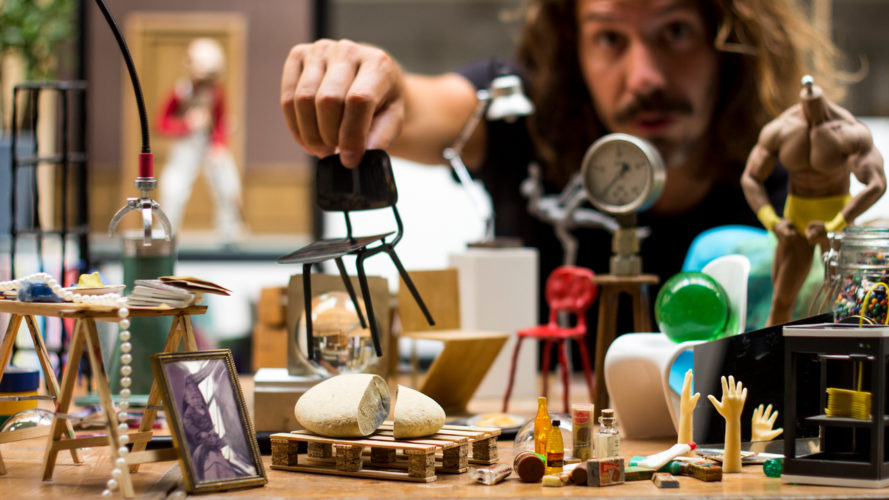 This item was published in WOTH issue No2. This issue is still available in english via Bruil & van der Staaij. Or get a subscription here! Dutch versions of WOTH you can order in our shop and an NL subscription is available here.